I don’t want to waste anyone’s time with a 5,000 word review. There’s plenty of other reviews out there where you can find all of that word vomit. With this review, I want to get you in and out with the facts you need to know about the Pixel 7 Pro from Google if you happen to be on the fence.

Fact 1: It’s a killer looking device, especially in this Hazel color option. Fact 2: The camera is incredible. Fact 3: You should probably buy it if you’re a Google fan. Now, if you need a bit more convincing and insight into why I feel this way, let’s continue.

This is our Pixel 7 Pro review!

Display – I thought the Pixel 6 Pro’s display was a solid panel of pixels to look at last year, but I did have a slight issue with the brightness levels. It wasn’t a very bright device. Google called that issue out directly with the Pixel 7 Pro, claiming that this display gets 25% brighter (even in sunlight). I can confirm that the display gets plenty bright now (1500 nits peak brightness), still with rich colors, a deepness of black only seen with OLED panels, and of course, support for up to 120Hz refresh rate. While large compared to smaller devices, the 6.7-inch QHD+ display is easily maneuverable and the display’s edge isn’t as drastic as you’ll find on some other phones with curved glass.

Software and Performance – Pixel phones are always the most Googley of Android software experiences, given that Google wants the hardware to showcase all of its Google things like Google Assistant, Google apps, and Google services. Thankfully, Assistant has only become better and more helpful over the years, Google apps are some of most widely used apps across the planet on both Android and iOS, and Google’s services are also extremely popular around the world. When you have the company making the phone that is running these softwares and programs, you should expect it to run smoothly. In the case of the Pixel 7 Pro, powered by a Tensor G2 chip and 12GB RAM, it runs nearly flawlessly. In my day-to-day usage, I’ve honestly not come across a moment of jank, which is a relief considering I cannot stand stuttered performance. Animations on the 7 Pro are smooth, swiping through apps is fast, and that 120Hz display is very much noticeable when doing various tasks throughout the phone.

On the software side, I would say things become a bit more subjective, simply because it’s entirely fine if someone prefers the look of Samsung’s One UI versus Google’s Pixel Experience. However, what I’d hope we can all agree on is Android 13 in general. It’s so far been a lovely iteration of Android, with the dynamic themes playing a big role in why I enjoy it so much. Being able to simply swap a wallpaper and get a whole fresh new vibe for the device is so cool. Android 13 feels so matured, too, with easy access to smart home controls, smart recommendations for media, and a settings menu that is concise. Years from now, I know that I’ll look back on Android 13 the same way I look back at KitKat. It was a big jump forward back then and while the jumps may not seem as big now, this is a really solid and well performing step for Google’s Android team.

Camera – This. Camera. Is. Fantastic.

It’s no shock to me, but Google brought the heat (🔥)  with the Pixel 7 Pro, offering up a new Macro mode (powered by the ultra wide sensor), 48MP telephoto lens with 30X Super Res Zoom, and a cinematic mode for video takers from the main 50-megapixel wide angle lens. Now, not only can you master shots of the cosmos with Night Sight, but you can take wonderfully detailed shots of objects sitting right next to you with the Macro mode. This was a great introduction for the feature, which automatically toggles on when the phone detects an object near enough. And yup, the 30X zoom also works amazingly, somewhat similar (but not as strong) to the Space Zoom feature we’ve seen from Samsung in the past.

Most importantly, the triple rear camera system is extremely versatile, meaning you’ll be able to get a good shot in nearly any condition the average user might find themselves in. Photos turn out with great color, amazing levels of contrast, and Google’s tuned white balance and exposure levels hardly ever disappoint. The phone always seems to know exactly what the shot calls for, and if you’re in a rush to snap a shot, that’s all a user can ask for. This phone might easily have my favorite camera system to ever launch on a smartphone, and in the 12 years I’ve been doing this, I’ve tried a lot of phones.

Here are some samples, untouched. However, they have been resized and compression happens. 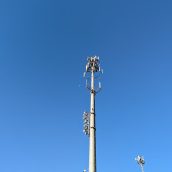 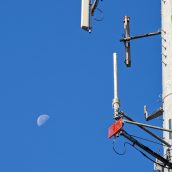 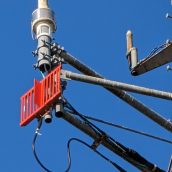 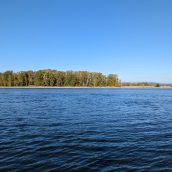 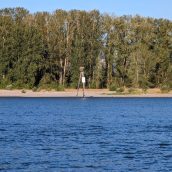 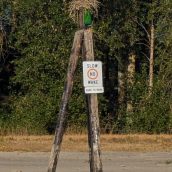 Face Unlock, Improved Biometrics – The Pixel 6 Pro, at least in the opinion of a large number of its owners, doesn’t have a great fingerprint reader. It’s been improved from the time of launch via software updates, but it never really performed as well as many had hoped. With the Pixel 7 Pro, Google has addressed that issue and I find that this phone’s fingerprint reader performs incredibly well. I hardly, if at all, get that blasted fingerprint not recognized text on the device after a failed read attempt. This phone? I place my finger down and boom, it unlocks 99% of the time. Yay, thank you, Google.

On top of an improved fingerprint experience, Google has included Face Unlock, the thing we’ve been waiting for on these devices for years. Now that it’s here, does it work well? Yes! It works really well, even for someone who is always wearing a different hat and whose facial hair is at different (but all terribly patchy) levels throughout the week. In the settings for Face Unlock, you can opt for a “Require eyes to be open” option, as well as an option for skipping the lockscreen when you have a successful unlock. It’s really quite handy, though, Google warns that with Face Unlock, there’s always the risk of inadvertent unlocking via glances at the phone, someone holding the phone up to your face, and your evil identical twin being able to use their face. So evil.

Hardware – This. Phone. Is. Gorgeous.

I’m sorry for all of the big and bold statements, but when I feel passionate about something, I have to attempt to convey that. I’ve seen plenty of good looking phones, but this phone is really pretty. What helps that, for me, is this Hazel color with the subtle champagne gold trim and housing for the camera. What an elegant appearance this phone has. Do I wish the backside was more matte and possibly a little textured instead of a somewhat slippery glass? Yes, but I’ll live just fine. For those afraid of the size, embrace the big. The larger size means the larger display for media consumption and larger battery, which is never a bad thing. I’m not a huge fan of super large phones, but the Pixel 7 Pro is a really good size, nearly identical to last year’s Pixel 6 Pro. If you’re coming from that device, you probably won’t notice any difference with it in-hand. With all of that said, just look at this phone. It’s hot, right?

What Could Be Better

Battery – If I could ask for something to be slightly better, it would be the battery. I’m averaging 3-4 hours of screen on time and going to bed always under 20% battery left. My schedule is typically 7am to around 10-11pm. For me, it’s totally fine, but I’m curious how the gamers and power users will fare. All I’ve done is a lot of Chrome browsing, TikTok watching, YouTube viewing, and photo taking. I played hardly any games on my phone (I use my G Cloud for that now), so I’ll be looking around the web to see how others do in the battery department. But again, for my usage, the Pixel 7 Pro is quite adequate.

What would also help is a faster charging solution. Google is never very generous in this department, so we’re not shocked. While OnePlus and others are offering stupid fast charging, the Pixel 7 Pro tops out at 23W and you’ll need a compatible charger to do that. Google claims you’ll get about 50% battery with 30 minutes of charging, which is fine, but could still be a bit better if they wanted to invest in that area. And as a note, the phone does not come with a charging adapter, so you’ll need to provide your own. 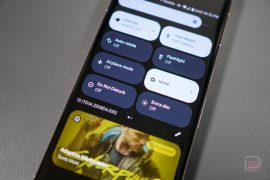 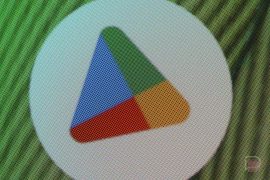 Pixel 7 Pro is priced at a ridiculously reasonable $899. That’s if you don’t have a trade-in. With a trade-in, you can be looking at an even more reasonable price. Compared to other top flagship devices, the $899 price looks perfect. This phone offers nearly everything all other high-end devices offer, but it has a camera system that puts many of the others to shame. It has a good list of specs and Google intends to support it for the next few years with Android OS upgrades and security patches. This phone is worth the investment.

First 10 Things to Do

I keep getting asked if the Pixel 7 Pro is worth an upgrade from the *insert any phone here*. I’ll put it super simply for everyone — yes, it is! This will likely be my vote for POTY, which is surprising to even me because I’m a huge, huge fan of the Galaxy Z Fold 4. It’s the camera for me, though. This phone makes me want to take more photos, using either Night Sight, Macro mode, or the telephoto lens. It all works so well that it’s a real joy to whip out and use. The phone’s software and performance are incredibly smooth, plus this hardware is so easy on the eyes. This is a 9.5/10 device right here. Google crushed it. I highly recommend it to all Android users, not just Google fanboys.