So far, Spatial Audio support has been more of an exclusive feature to Apple devices. Yes, Samsung did introduce the feature for Android phones. But it was only available with the Galaxy Buds 2 Pro. Likewise, back in May, Google made a brief announcement about the Spatial Audio feature for its Pixel Buds Pro. But in that announcement, Google did not confirm when the feature would actually drop on its devices. 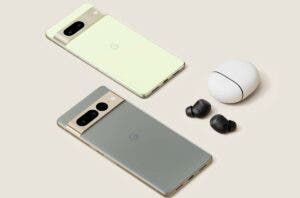 Well, the feature now has an official release date! Yesterday, Google announced that Spatial Audio support is set to drop in the Pixel lineup in the upcoming January. And January is just a few weeks away!

But there is a catch! Even if your Pixel device gets the feature in January, you might not be able to enjoy it with all apps and through all content. Let’s take a deep dive into the announcement and the feature to learn more about it.

Google has quietly announced the supported apps on its support page. The list goes something like this: 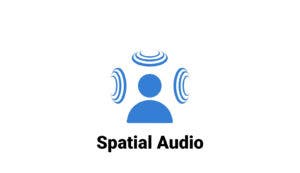 That said, the list of apps from Google is shorter than Apple’s initial Spatial Audio-supported app list. Apple had Hulu, Plex, Disney Plux, Discovery Plus, Netflix, Apple TV, HBO Max, Paramount Plus, and Peacock. But it did lack YouTube and Google TV.

However, as Spatial Audio became more mature, Apple did grow the list of supported apps. So, it would be safe to assume the same from Google.

Which Google Devices will Get Spatial Audio Support

Regarding supported phones, the feature will first land on the Pixel 7 duo and Pixel 6 flagships. And when Google launches the Spatial Audio for Pixel devices, you can activate it through these steps:

Furthermore, Google has also confirmed details about Spatial Audio with head tracking. It will be available to you if you have one of the supported Pixel smartphones and Pixel Buds Pro. However, it will require the Pixel Buds Pro to be in the latest firmware. And when it drops, you can activate it through the following steps:

What’s Spatial Audio and Why Does it Matter

So, what is all the fuss about Spatial Audio? Firstly, you need to know that Apple is the one who pioneers the feature. It brought the feature to light through the AirPods Pro. And eventually, Spatial Audio got passed down to AirPods Max, Beats Fit Pro, and AirPods Pro 2.

Nonetheless, Spatial Audio is basically a synonym for 360-degree immersive sound. It is a form of digital surround sound in which you can hear the sound coming from all directions. And through this feature, supported headphones and earbuds with supported devices allow you to get a different level of audio immersion.

When Spatial Audio was released, it marked a crucial advancement in the audio industry. Previously, you would need to install a surround audio setup in your room to experience immersive audio. But with Spatial Audio, it has now become possible to get the same level of immersion with headphones and earbuds.

That said, now that Google and Samsung have started adopting it, you can hope to see more devices and audio accessories with Spatial Audio support.