Love it or hate it, foldable phones are here to stay. And one of the upcoming members of the party will be the Google Pixel Fold. Although, it might not change the pace of the competition. For example, recently, many Chinese manufacturers have been pushing out great foldable devices. But most do not get the right amount of exposure. That’s one of the reasons why Samsung is still in the lead.

Now, the case for the upcoming Google Pixel Fold will not be the same. It will definitely get tons of exposure. But it still might not have what it takes to beat the Samsung flagship foldable devices.

Honor has recently made notable advancements in its foldable devices. Yes, I am talking about the Honor Magic Vs. It comes with beefed-up specifications and has what it takes to compete with the Samsung Z Fold 4 head-to-head. Wondering what is so special about Honor Magic Vs? Its highlighted feature is that it has a reworked hinge, which aims to hide the crease of the foldable devices. 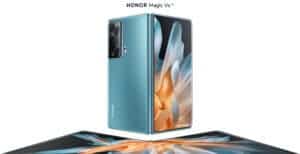 Now, if you have been reading people’s opinions about foldable phones, most dislike how visible the crease is. So, with the improved hinge, the Honor Magic Vs can actually make a good chunk of people shift from Samsung foldable. That is unless Samsung does not come with a better hinge soon.

However, Honor Magic Vs will not debut in the international market anytime soon. Honor plans to make an exclusive launch in China first. And after the initial launch, the phone is set to release in the European markets. But there is still no word about the international release. And that means Samsung does not need to worry about it too much.

But It’s Not Just About Exposure

Ever wondered why Samsung is in the lead when it comes to foldable phones? Yes, it does have global exposure. But that is not the only thing in the equation. Samsung did not bring out the world’s first foldable phone. However, it first brought the most usable version of the phone.

Performance and usability matter a lot for smartphones. If you take a look at the current foldable flagship of Samsung, you will notice that they come with top-of-the-line specs. That includes flagship-level CPU and camera sensors.

Along with that, the flagship foldable phones from Samsung have loads of leading foldable phone technologies. There is still concern about durability. But Samsung has been addressing each of them with every release. For all these reasons, people first think of Samsung foldable devices when buying a foldable phone.

Google does not have any issues with global exposure. Take the Pixel 7 series, for example. It has the widest availability for the Pixel lineup. You can get the devices from countries such as Japan, the US, the UK, France, Germany, Canada, India, and many others. Therefore, when Google releases its upcoming foldable phone, it will likely be available in most major markets.

So, what can make Google fail to take on the Samsung foldable devices? It’s performance!

According to the recent Geekbench score of the upcoming Google Pixel Fold, the device is set to use a Tensor G2 chipset. It is the same CPU found in the Pixel 7 lineup. And as you know, Pixel 7 duo does not win against the current flagships of Samsung in terms of performance. 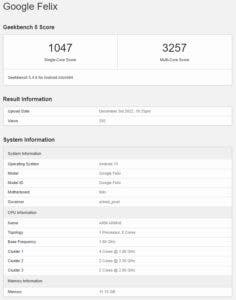 Samsung Z Fold 4, on the other hand, utilizes Snapdragon 8+ Gen 1. Its Geekbench score is much higher than Google Tensor G2. So, the day-to-day performance on demanding apps will be much better in the Z Fold 4 than in the Pixel Fold. 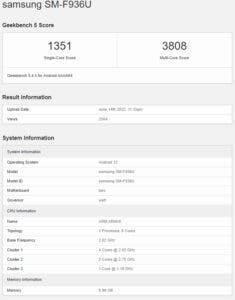 But that is not all! By the time the Pixel Fold releases, Samsung will be all prepped up for Galaxy Z Fold 5. That device is expected to come with Snapdragon 8 Gen 2. And that CPU will be heaps better than the Tensor G2.

The performance gain of Samsung does not mean a complete loss for Google Pixel Fold. Most users do not even care too much about raw performance. Instead, they look for other factors, such as a better camera. And Google Pixel is known to excel in that regard.

Likewise, with Pixel devices, you experience Android just like how it’s meant to be experienced. These phones come with a no-fuss UI and no bloated apps. Samsung One UI is a great Android skin too. But it’s still a little different than vanilla Android, which many users don’t want.

So, in short, Google Pixel Fold still has the chance to compete with Z Fold devices head-to-head. Now, it just depends on whether Google does everything right with the Pixel Fold and if it releases at the perfect time.